Time To Send Boris To A Finishing School?

I know you are all shocked at the thought of Boris Johnson, BoJo to the Daily Mail, representing the United Kingdom at the grandest of Ferrero Rocher diplomatic soirées  (and even those grand enough not to dream of offering Ferrero Rocher) as our Foreign Secretary. But do not trouble yourselves – a very simple solution presents itself.

We have a little time in hand before the traditional beginning of the diplomatic season, with the opening of the United Nations General Assembly, this year on Tuesday 13th September.

He already knows which knife and fork to use, and he almost certainly knows what he should do on most social occasions. Was he removed from his nanny’s apron strings too soon or, alternatively, were they so constricting that he vowed to play the enfant terrible to the end of his days?

At any rate, the first phase of rebranding should, I suggest, be putting Our Boris into the kind but firm hands of Rosemary Shrager and the team at Eggleston Hall. No sloping off to the pub at night, now. Two weeks boot camp here should suffice.

The second phase would, of course, be in Switzerland, at the last surviving finishing school, now open to men, which (for a price) will organise bespoke training.

‘We’re not training them to be good wives, but to be people who can communicate… in a polite and meaningful manner.’

…If they’re dealing with a lot of foreign clients, they felt, “If I know more about their customs I can feel more comfortable and have better communication with them.”’

Néri says that we have lost the boundaries between public and private behaviour, but that she can see the pendulum swinging back.

The third phase will be undertaken by the Foreign and Commonwealth Office itself. The original  obstacle course of the country house weekend which potential candidates were put through is (sadly?) long in the past. But the mandarins could take over Dorneywood for a final week of preparing Boris Johnson for the role: tutors could come to a captive pupil.

And the last act of transformation can safely be left to the building itself:

Reap Leaves From Trees And Colours From The Sun: Chris Fewings 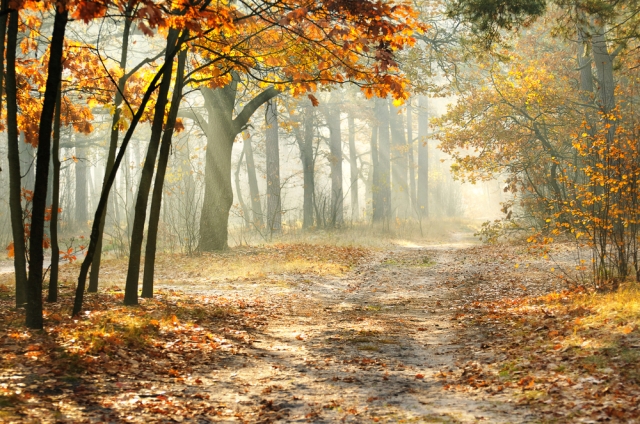 in my bones the harbinger of Spring.

Reap leaves from trees and colours from the sun

of leafmould underfoot. My spirit soars

to think of fire blazing when the day

our eyes on the horizon, pierce the heart

to let the slowly lengthening days

awake the mind of earth from sleep.

Chris Fewings, my poet friend and collaborator on Lay Anglicana, has just written this poem. He has generously placed it in the public domain, which allows me to snap it up immediately for this blog. If you would like to read more by him, do visit his ‘Lines I Scribble‘ page.

Castles In The Air: Don McLean

Hills of forest green where the mountains touch the sky
A dream come true, I’ll live there till I die
I’m asking you, to say my last goodbye
The love we knew, ain’t worth another try

Oh, but how can words express the feel of sunlight
In the morning in the hills away from city strife
I need a country woman for my wife
I’m city born but I love the country life

For I can not be part of her “Cocktail-Generation Partner’s Waltz,”
Devoid of all romance
The music plays and everyone must dance
I’m bowing out, I need a second chance

Cheese is milk’s leap towards immortality.

That’s my last Duchess painted on the wall,
Looking as if she were alive. I call
That piece a wonder, now: Fra Pandolf’s hands
Worked busily a day, and there she stands.
Will’t please you sit and look at her? I said
“Fra Pandolf” by design, for never read
Strangers like you that pictured countenance,
The depth and passion of its earnest glance,
But to myself they turned (since none puts by
The curtain I have drawn for you, but I)
And seemed as they would ask me, if they durst,
How such a glance came there; so, not the first
Are you to turn and ask thus. Sir, ’twas not
Her husband’s presence only, called that spot
Of joy into the Duchess’ cheek: perhaps
Fra Pandolf chanced to say “Her mantle laps
Over my lady’s wrist too much,” or “Paint
Must never hope to reproduce the faint
Half-flush that dies along her throat”: such stuff
Was courtesy, she thought, and cause enough
For calling up that spot of joy. She had
A heart—how shall I say?—too soon made glad,
Too easily impressed; she liked whate’er
She looked on, and her looks went everywhere.
Sir, ’twas all one! My favour at her breast,
The dropping of the daylight in the West,
The bough of cherries some officious fool
Broke in the orchard for her, the white mule
She rode with round the terrace—all and each
Would draw from her alike the approving speech,
Or blush, at least. She thanked men,—good! but thanked
Somehow—I know not how—as if she ranked
My gift of a nine-hundred-years-old name
With anybody’s gift. Who’d stoop to blame
This sort of trifling? Even had you skill
In speech—(which I have not)—to make your will
Quite clear to such an one, and say, “Just this
Or that in you disgusts me; here you miss,
Or there exceed the mark”—and if she let
Herself be lessoned so, nor plainly set
Her wits to yours, forsooth, and made excuse,
—E’en then would be some stooping; and I choose
Never to stoop. Oh sir, she smiled, no doubt,
Whene’er I passed her; but who passed without
Much the same smile? This grew; I gave commands;
Then all smiles stopped together. There she stands
As if alive. Will’t please you rise? We’ll meet
The company below, then. I repeat,
The Count your master’s known munificence
Is ample warrant that no just pretence
Of mine for dowry will be disallowed;
Though his fair daughter’s self, as I avowed
At starting, is my object. Nay, we’ll go
Together down, sir. Notice Neptune, though,
Taming a sea-horse, thought a rarity,
Which Claus of Innsbruck cast in bronze for me!

This is a portrait by Agnolo Bronzino of Lucrezia de Medici, thought to have been the model for the the Duke of Ferrara‘s ‘Last Duchess’.

The only people who can endure gambling are those who have a special neurosis on the subject…or people who have said ‘No’ to the universe, who do not want to find out about things. If one has said ‘Yes’, time spent in a casino is time given to death, a foretaste of the hour when one’s flesh will be diverted to the purposes of the worm and not the will.

I find this remark by Rebecca West fascinating, not because I share her view of casinos (although, after once regarding an evening at the roulette table trailing after my gambling grandmother  as not altogether unpleasurable, I have changed my mind in old age).

No, what I find fascinating is why the highly intellectual Rebecca West should write about casinos at all….

A Recipe For Living: Stephen Mackenna 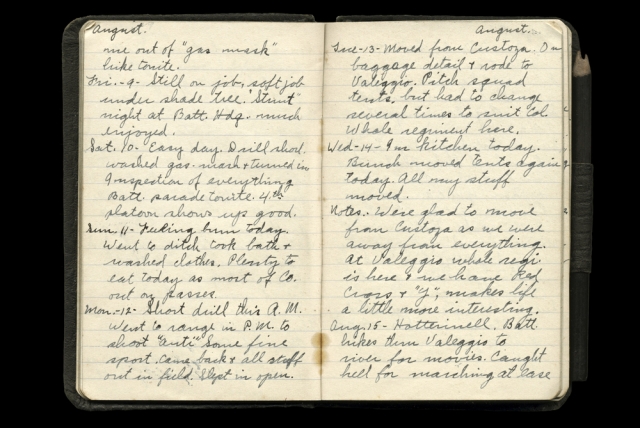 One great use of keeping such a record as this is that one learns what blank things most of one’s days are: reading, talking, eating,  writing without interest or emotion, the days go by, blank: and it is life that passes: days make life, and if the days are blank – it is terrible. The only good thing in life is to have a vivid mental activity and some human love to warm it: all the rest is cold as fuel without fire. I believe it is a moral duty to think and to love; because it is a duty to live, and these are life.

Journals and Letters of Stephen Mackenna (1937)

Not a song, this time, but the extremely well-known Moonlight Sonata by Beethoven. Somehow, although we know it so well, it never fails to work its magic for me, and I hope you too. 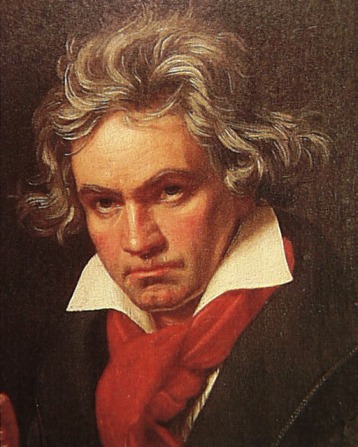 The Piano Sonata No. 14 in C-sharp minor “Quasi una fantasia”, Op. 27, No. 2, popularly known as the Moonlight Sonata, is a piano sonata by Ludwig van Beethoven. Completed in 1801 and dedicated in 1802 to his pupil, Countess Giulietta Guicciardi, it is one of Beethoven’s most popular compositions for the piano.

Not for That City: Charlotte Mew 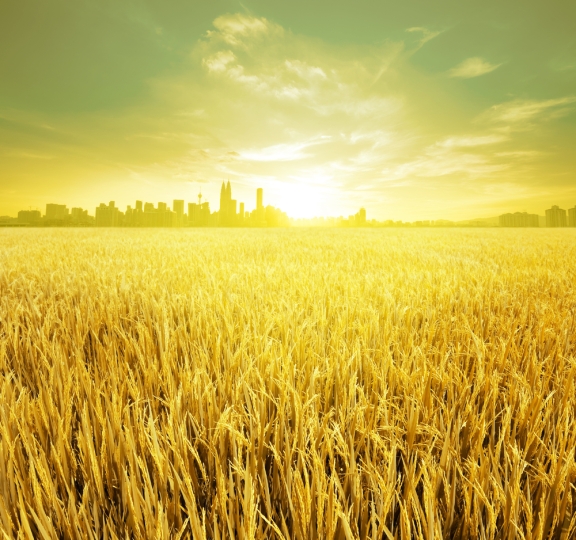 Not for that city of the level sun,
Its golden streets and glittering gates ablaze—
The shadeless, sleepless city of white days,
White nights, or nights and days that are as one—
We weary, when all is said , all thought, all done.
We strain our eyes beyond this dusk to see
What, from the threshold of eternity
We shall step into. No, I think we shun
The splendour of that everlasting glare,
The clamour of that never-ending song.
And if for anything we greatly long,
It is for some remote and quiet stair
Which winds to silence and a space for sleep
Too sound for waking and for dreams too deep.

Not for That City

The Strength Of Ideas: Georges Duhamel

Great ideas have such radiant strength. They cross space and time like avalanches: they carry along with them whatever they touch. They are the only riches that one shares without ever dividing them.